Working together to find a way out of Brexit mess

Read more on this

Thank you for your election efforts

Read more on this

Working together to find a way out of Brexit mess

In this week’s local Kenilworth Weekly News, and perhaps in other local media too, there are several letters on Brexit. One is a joint letter from myself and Rob Ballantyne (Green Party) and another from Coventry Councillor Bally Singh. The former calls for a People’s Vote whilst the latter follows Mr Corbyn’s policy of calling only for a General Election. Like myself and Rob Ballantyne, Bally Singh had been a candidate in the 2017 Election and he was invited twice to sign the joint statement but did not even have the courtesy to reply, choosing instead to issue without notice his own letter. This is a pity because if ever we are to get out of this mess and reconcile our differences, it’ll be by working together.

I think we must do better to build trust in our political systems and to give people a sense of physical, financial and cultural security in the diversity of identities that exist. Geographic redistribution of wealth and power are part of the solution. So too must be reform of the operations of European, Westminster, regional and local government. And let’s be prepared to respect and celebrate our differences!

What isn’t realistic nor, imho, very necessary is that the remainer and the leaver should be friends (to adapt a line from a song from Oaklahoma). Invoking us to come together, as Mrs May and the Queen did in her Christmas message in the way that we mistakenly think everyone did during World War 2 (another myth), won’t work either.

We have in all humility to admit we’ve messed up and, as part of the People’s Vote campaign, start to deal with each of the issues – one by one – that caused the great schism. Having only a General Election, where the two main parties still want to force on us the result of an event whose score in football terms was Remain 1 Leave 1.08, is not the solution.

The People’s Vote must come first. 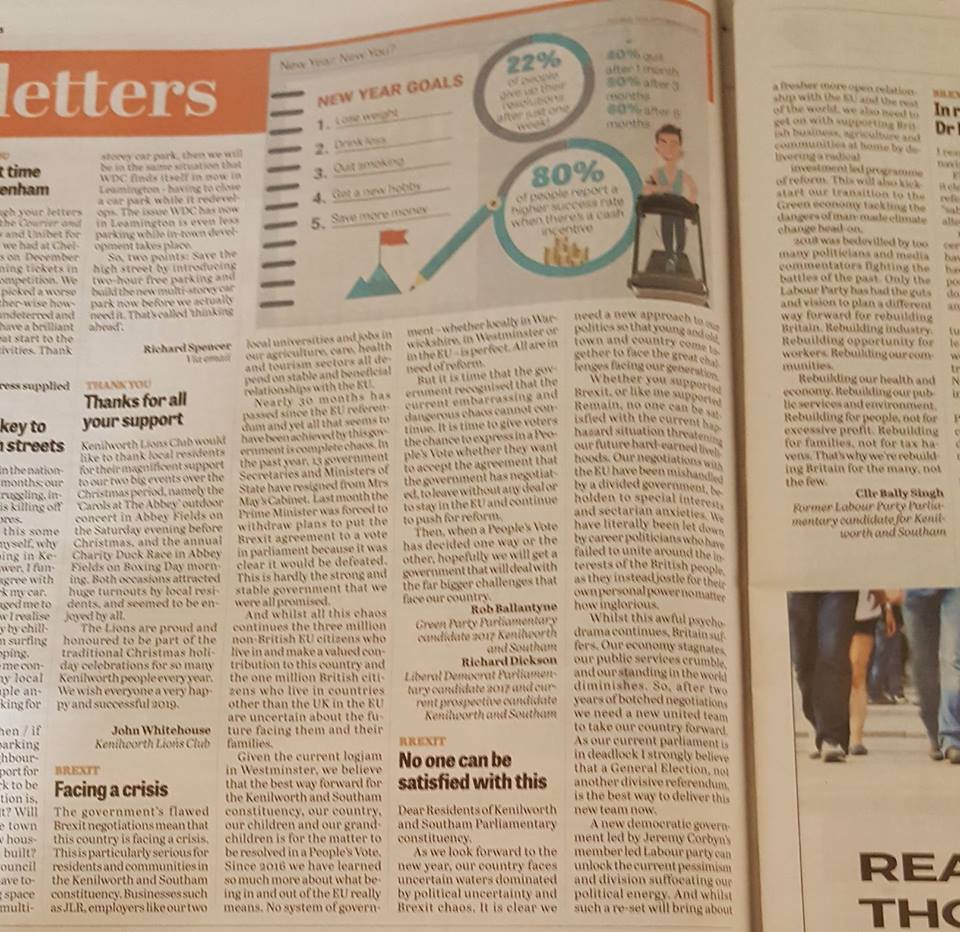